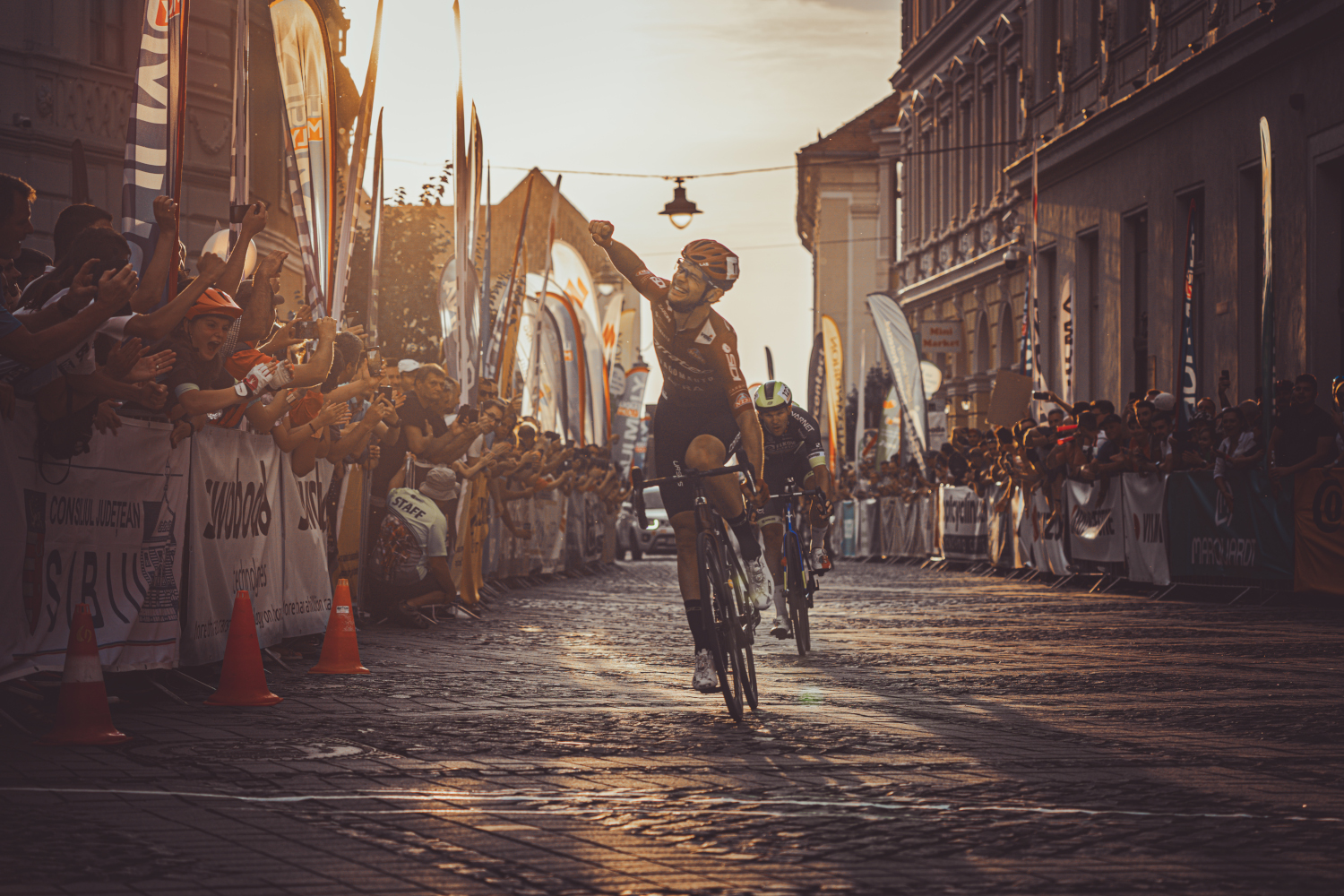 Aleotti came home comfortably in the peloton on stage 3 to take the GC win in the 2022 Sibiu Cycling Tour.

Giovanni Aleotti of Bora Hansgrohe claimed the GC win at the UCI 2.1 Sibiu Cycling Tour, defending the title he won in 2021.

Stage victories on the Transfagarasan in stage 2 and then the individual TT stage 3A put Aleotti in a commanding position for the final stage '3B' on Tuesday evening. With a 25 second lead on GC it was the Bora Hansgrohe team's to loose but two split stages within one day still made for a challenging day's racing. The stage saw riders take on a 98km rolling route with three catogorised climbs which started and finished in the historic Piata Mare (large square) in Sibiu. The break of six attacked on the first climb of the day to Calugaru and were joined by one more rider with seven different teams represented.

The big teams controlled the breakaway at little over a minute and five riders remained out front returning into the city in the evening. With the break still holding a 40s lead in the final kilometres into Sibiu's old town Stefano Gandin of Team Corratec took the stage victory in front of large crowds, narrowly outsprinting Czech rider Michael Kukrle of Team Elkov-Kasper.

The main bunch arrived 29 seconds later, lead by David Dekker, and containing the main GC names, Giovanni Aleotti, Harm Vanhoucke and Cian Uijtderbroeks. Aleotti defended the yellow jersey which he took on Stage 2 and reinforced on stage 3A with Vanhoucke of Lotto Soudal 25 seconds down. Israel Premier Tech took the team classification with Lukas Meiler taking the climbers jersey and Cian Uijtderbroeks the u23 white jersey.