We partner with a team of dedicated athletes across a wide range of sports. From snow sports to triathletes, we work with an amazing group of people who test our products to the limit!
In return for their feedback on our work we fuel their training & competition and support their inspiring endeavours. We very much hope you'll also feed back your VOOM experiences to info@voomnutrition.co.uk, or our social media.


Together we are more VOOM! 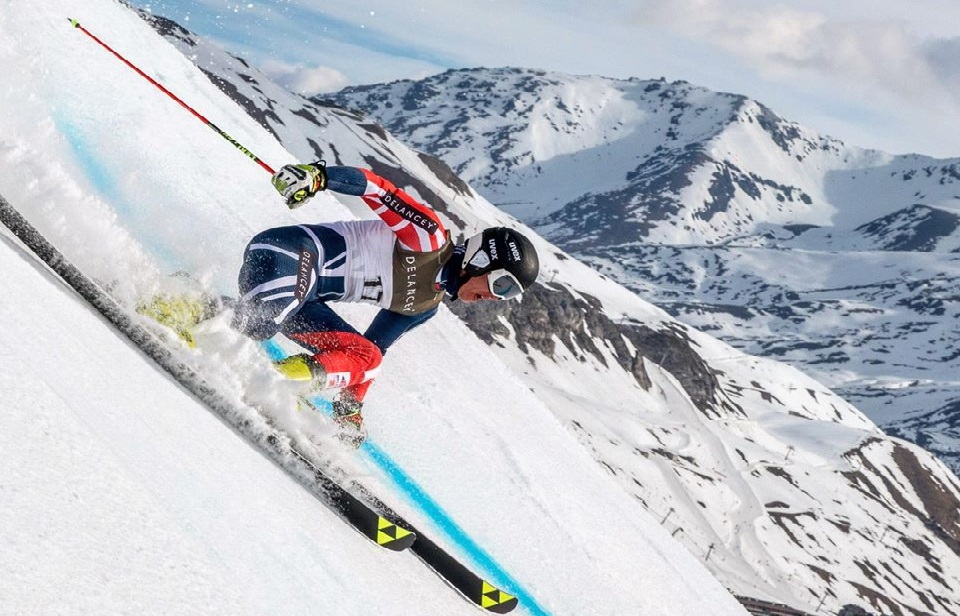 Billy has been ski racing since the age of 7 and has risen through the ranks, representing GB at junior level in the 2013 Youth Winter Olympics and now senior level, becoming two-time Overall British Champion on the way. In 2019 Billy competed at the World Championships in Sweden, and still at only 23 years old he is young to be at this level of the sport. As a member of the British Europa Cup squad, competing in slalom and giant slalom, his focus is on the Beijing 2022 winter Olympics and progressing to World Cup level. He aims to become the first British ski racer to win a World Cup race and an Olympic medal. 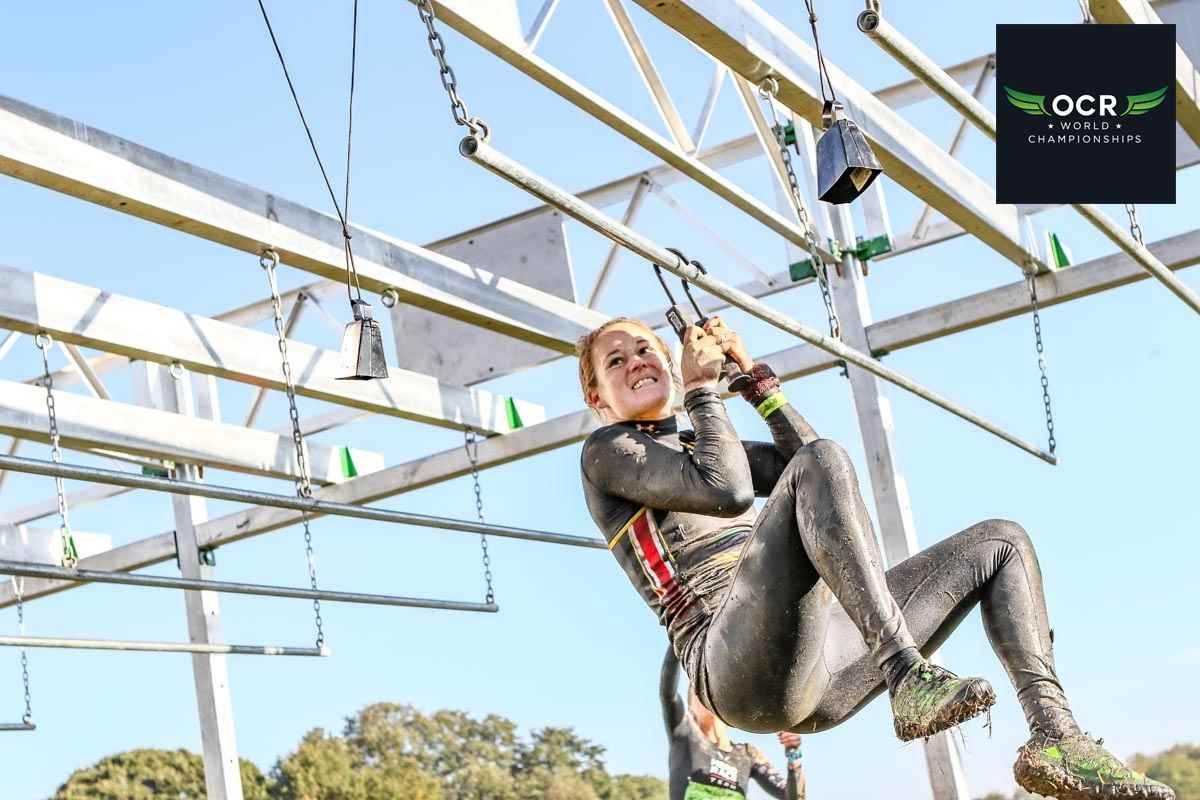 Becky is an International Obstacle Course Racer (OCR), having competed in the Pro/Elite division at the World and European Championship. With a history in competitive sports such cross country, gymnastics and cheerleading among other hobbies like rock climbing, ninja, trail running, skiing and watersports; the progression to OCR was smooth and she has earned over 25 podium places since she began the sport in 2016. Becky has always been interested in sport and also holds a PhD in Exercise Physiology and publishes research on the effect of extreme environments on the body while working as a Sport and Exercise Science Lecturer on the South Coast. In 2020 Becky has been selected to represented the UK at several international events and hopes to continue the adventures, whatever obstacle gets in the way! 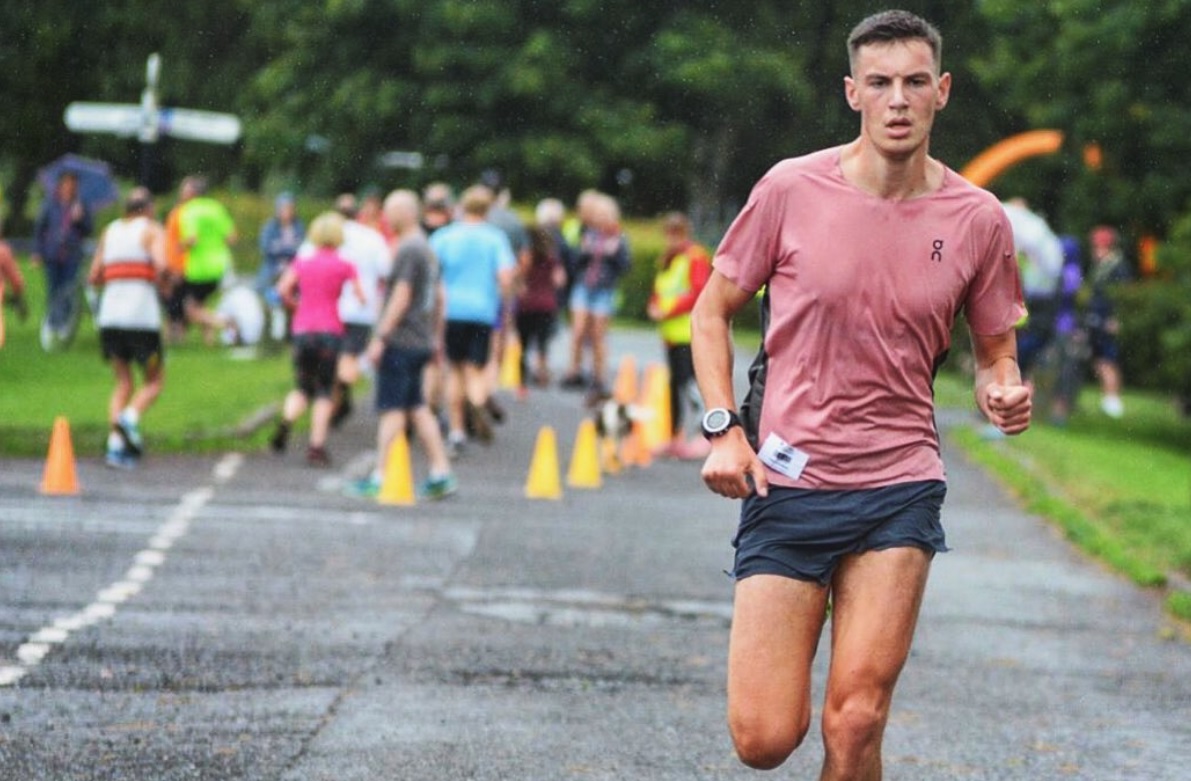 I’m a 22 year old mountain runner and have represented Lancashire and England. Aged 8 I watched my dad race around the UK and have been obsessed with running ever since. In 2013 I first represented England and have done so 5 more times, most recently at the 2018 World Cup in Slovenia, placing 25th (6th U23). I’ve also had success over XC, winning the U20 Lancashire champs in 2017. I’ve been fortunate enough to be sponsored by On Running aiding my journey, bringing down my road times to 14:58, 31:03, 69:13 (5km, 10km, half) plus a 2:40 marathon with a broken foot for 12 miles! In 2020 I want to go sub 14:40/30:40, contest the Yorkshire Three Peaks, and most importantly I want to continue enjoying my running.

Beau is an experienced triathlete who has represented GB at elite u23 and Age Group level, winning the 2017 AG ITU Standard Distance World Champs. Whilst studying at the University of Leeds he was part of the BTF Leeds Performance Centre training alongside some of the best athletes in the world. With a background of elite sprint/Olympic distance racing, Beau’s also competed in various individual discipline events including cycling TTs, road races, crits and run events on track, road and cross country. Beau also enjoys challenging course triathlons and has completed the infamous ‘Alpe d’Huez Tri, and in 2019 won the Helvellyn Triathlon and was 2nd in the Snowdonia ‘Snowman’ Tri. Watch out for some longer challenges on the horizon. 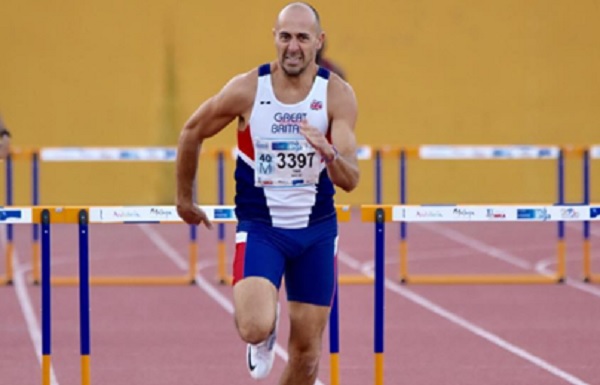 I’m Darren Towart a former international rugby player turned sprinter. Back in the day my body weight was 120kg but I retired in 2008 and subsequently took up athletics in 2014. I lost 40kg training myself back to fitness with the help of my local club Tynedale AC in Hexham. I’ve loved getting into a new sport which allows me to travel the world and race for GB. I’m currently ranked number one for the M40 400m hurdles and current M40 Indoor world record holder for 400m hurdles. In 2019 I competed at the World Masters Championships in Poland and came back with a Bronze Medal in the 4x200 relay. I then built towards the European Masters Championships in Venice in September where I won a bronze medal in the 400m hurdles.

I’m a youth downhill mountain biker living in Scotland. 2019 was a difficult season for me; I damaged my back and wrist in training in January, broke my collarbone at Fort William in the summer and snapped my ankle in practise at an event at Glencoe in September leaving me unable to race or ride until January! Despite this I managed 7th in my first race of the year even with a crash at the start of my run, and things did pick up towards the end of the season. I had two amazing races at the Glencoe SDA (10th) and the HSBC National DH Series race at Ae forest (17th). I’m hoping 2020 will be much better without any setbacks and I plan on getting podium finishes. I’m excited to work with VOOM to get more recognition in the world of downhill and become a better all-round athlete.

I started running with my friends just to keep healthy as I was overweight, which lead me to parkrun. At first I scraped under 30mins (29:52) but carrying on for another year my times tumbled as I chased a sub 20min time and eventually I managed 19:26. In my second year of running (2018), times continued to improve and I tried cross country. Through persistence I improved my parkrun, 1500, 800 and XC; I made my first team (Northumberland Schools) and had a sharp learning curve at the 2019 English Schools champs finishing 307th. Later in the year I went on to finish 25th at British Cross challenge (Liverpool), 3rd at NE XC and run a 16:22 parkrun. In 2020 my aims are to go to English Schools again, earn an England vest, a sub 16 parkrun and to remain injury free!

I’m 39 years old and work part time nursing whilst running my own B&B and raising my two children; as if that’s not challenging enough I also train to compete in triathlon! Having done my first event in 2012 I’ve gone on to represent the GB Age Group team in 2016, ‘17 & ‘18, finishing 8th in the 2017 Euros in Kitzbuhel. In 2019, having recovered from a crash and life threatening injuries the previous October, I was happy to be doing tri at all. That said, I was still frustrated with 4th in the English AG champs for both sprint and standard distance! I represented GB again, this time at the Duathlon Worlds finishing 10th, and finished 9th overall in the Welsh Super Series. In 2020 I aim to improve my run, further improve my bike skills, race my first middle distance tri at the Outlaw Half and enjoy another year in the sport I love!

I’m a 25 year old runner who recently completed an ultra-marathon event running 10 marathons in 10 days across Gambia, powered by VOOM! Running has always been my core strength when it comes to fitness. Throughout my teens I ran middle distance competing in 800/1500m events across the country, medalling at the English Schools Champs and dominating regionally in the North East. My future goals are yet to be decided but running 260 miles in 10 days is only the start of my journey in challenging my body and pushing to the limits. Whatever I decide to do it will be powered by VOOM as for me, their products are tried and tested, proving to be exactly what an athlete like myself needs. Bring on the next challenge!

I’m 37 years old and am a GP on the Isle of Skye after 12 years as a doctor in York. I started running roughly 10 years ago and then triathlon in 2017. I’m happiest outdoors exploring the beautiful and breath-taking scenery the U.K (especially Skye) has to offer. My goals for this year are to improve my marathon and half marathon PBs, compete at ETU age group sprint triathlon champs (Sweden), qualify for the 2021 ITU age group tri worlds, a charity event with friends riding the length of Ireland, and going sub 5hours 30 at the Outlaw X middle distance tri. 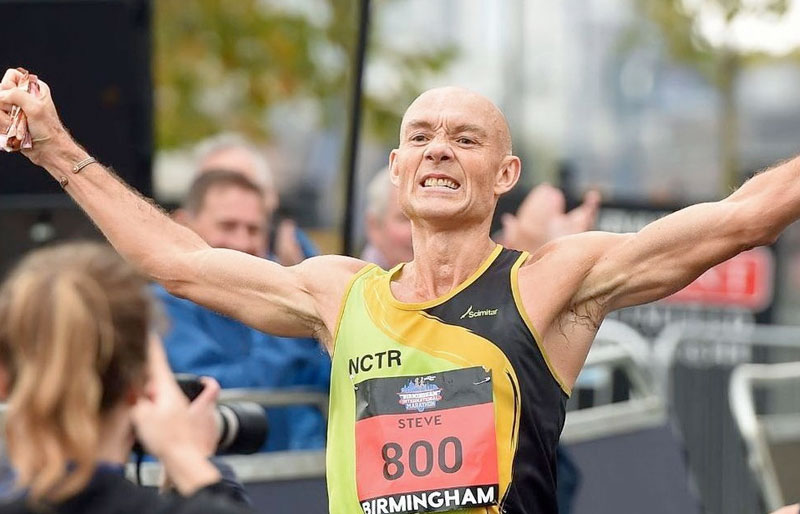 Known by many in the UK running community as ‘The Godfather of Marathon Running’, Steve has become one of the most successful multi marathon runners in the world today. Having so far run 867 official marathon races in an average finish time of 3hrs 18min at the rate of one every 12 days for the last 31 years Steve has set many records including running 500, 600, 700 and 800 marathons in the fastest average finish time. He is rapidly closing in on the 900 record and if all goes to plan his ultimate ambition is to become the first person on the planet to run 1000 official marathons averaging under 3hrs 30min. 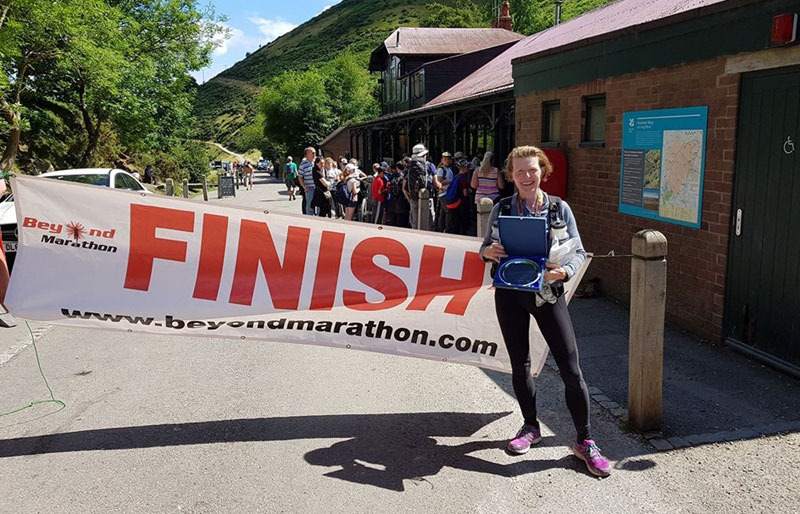 I’m Angela White, aka ‘the running granny’. Seven years ago, at the age of 53 years, I discovered the ultrarunning world when I joined a friend training and completing a Lake District classic mountain challenge, and I was hooked. Although not fast, I discovered I can keep going and I’ve since completed the ‘Tour de Helvellyn’ winter ultra and the iconic 50mile Lakes in a Day. I did the 190 mile ‘Northern Traverse’ along Wainwright’s coast to coast route in 2016 and again in 2018. Having been struggling with GI distress I met VOOM and after discussion I tried their products. Using VOOM Hydrate drink helped me complete, without symptoms, and win my first 100 miler, the Apocalypse. In September 2019 I attempted a John O’Groats to Land’s End run, completing in 18days 10hours and becoming the oldest woman to run JOGLE!