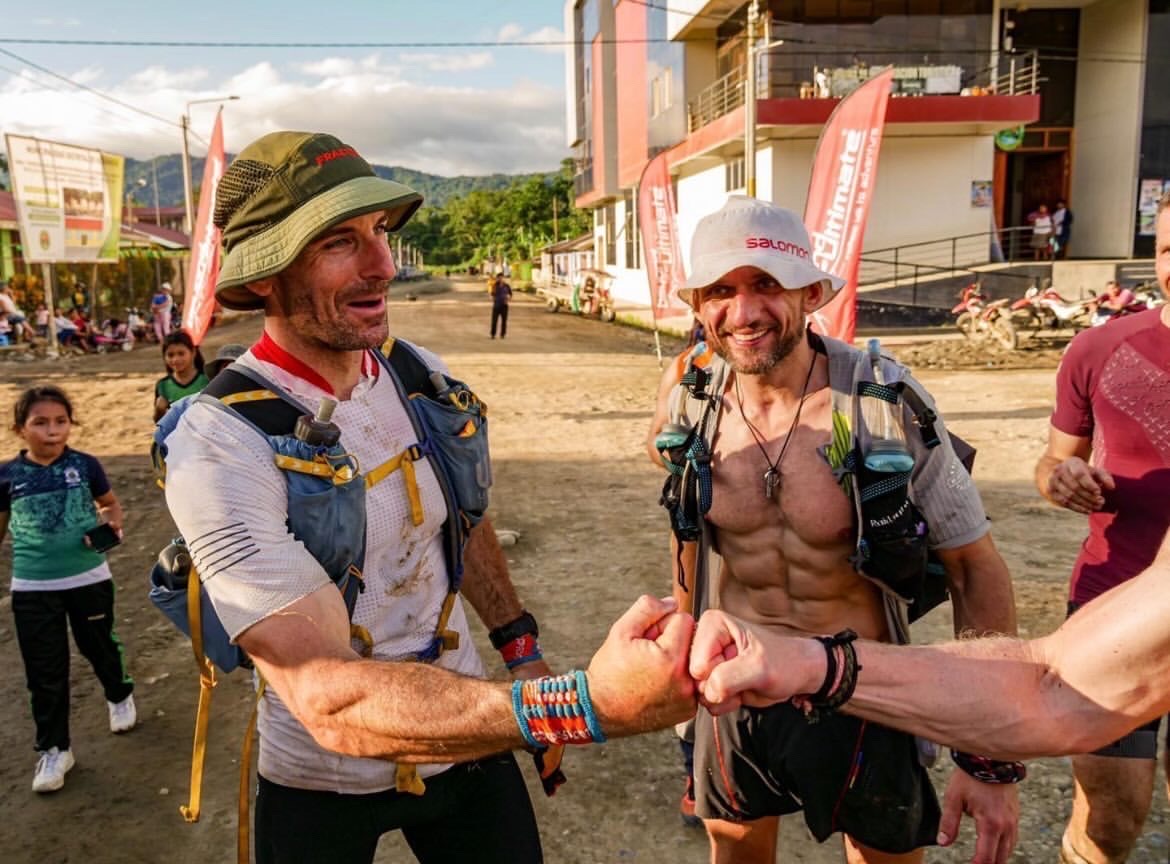 We chat to Ultra runner Jon Shield after he used VOOM on his way to winning The 5-day 'Jungle Ultra' organised by Beyond The Ultimate.

With a very competitive field from all parts of the world, Jon won the 5 stage event with in an incredible time of 29 hours and 32 minutes, winning by a margin of 2 hours overall.

We caught up with Jon after the race to find out his thoughts on this epic race!

Beyond the Ultimate - What is The Jungle Ultra?

The Jungle Ultra is one of the most dangerous ultra marathons in the world, covering 230km through thick jungle undergrowth, boiling temperatures and significant river crossings. The route takes you from the Andes mountains to the impressive Madre de Dios River. In addition to the tough conditions, the athletes encounter dangerous wildlife, with potentially deadly bites!

Each stage of the race is longer than the last, with the penultimate stage being the longest. All athletes have to be self sufficient throughout the race, which includes carrying all their own clothing, bedding and food.

I was very happy to come away with the victory in Beyond the Ultimate Jungle Ultra. It is the harshest of environments and in an instant your race can be over whether it’s the heat, humidity, wildlife or terrain. Everything wants to get you out there! What to eat during The Jungle Ultra?

My fueling went really well throughout. I used Voom Hydrate to make sure I replenished all electrolytes lost. I would use the Beta Blast bars as a pre stage boost but also when I felt a little tired later on in the stages.

I’d also supplement around this with the electrolyte bars due to the environment causing heavy sweating so it was important to stay on top of this to keep performance high. I also used VOOM RecoverFudge recovery bars immediately on finishing each stage due to their convenience to be consumed and start the recovery process immediately, knowing I’d be needing to be back at my best the next day.

After an hour or so I’d then also consume a VOOM Recovery shake to top up due to the intense nature of the event. Around this I consumed freeze dried food for breakfast and evening meals along with nut butters for additional calories. What were your favourite parts of the race?

The best bits were the scenery, such an amazing place to run through from high altitude traveling down through five different ecosystems and all the wildlife that comes with it. What were the most challenging parts of the race?

The most challenging parts of the race were certainly the steep muddy descents. It wasn’t a case of if you fall, just when, and trying to factor in trees to clatter into to break your fall, if they didn’t snap. All the while wondering do these trees have spikes that would stick into you causing a lot of pain, or did they have insects that would sting or bite! Then you had to consider landing on the ground, sharp spikes of bamboo, rocks and again dreaded wildlife! You certainly got up quickly however much it hurt, it wasn’t a place you wanted to hang around!

The location is truly unique. Starting from 3000m above sea level you had far reaching views before traveling down into deep dark jungle under thick canopy. Also you think of heat and humidity but it’s called a rainforest for a reason and the deluges of rain were truly biblical at times. Tips for Taking on a 5 day Ultra like The Jungle Ultra?

Anyone taking on the event should be aware that it is an extreme event! There are no guarantees you’ll finish it. Due to the injury potential it is also an element of luck. It’s truly brutal but at the same time it’s the best race I have ever done. You can’t just go and take yourself to the Peruvian Amazon and run here, it's a truly unique opportunity and that’s part of the massive appeal. Wildlife, scenery, a great atmosphere and team, it’s got to be on anyone's bucket list in my opinion, just make sure you train hard and train smart! We'd like to thank Adam Jacobs from Wild Apeture Photography (www.instagram.com/wild_aperture) for the incredible photos! What to eat whilst training to ensure you fuel properly, hydrate adequately &
Read More Team VOOM’s skiers have been flying on the slopes so far in 2022, with some grea
Read More