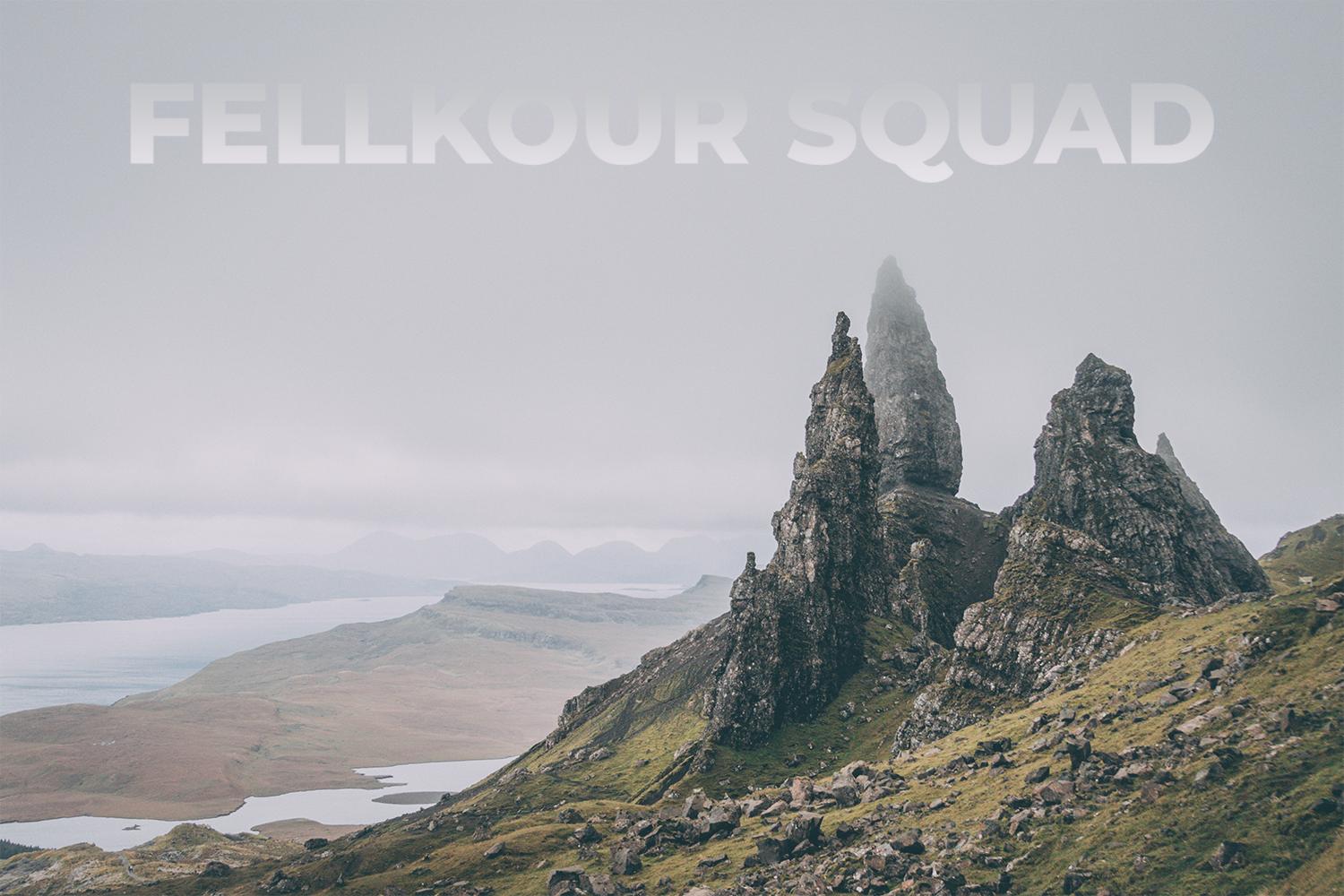 Sick skills in mega locations is the tag line, so what do the Fellkour Squad actually do? With calf-burning climbs, daring descents & stunning scenery,...

Who are the Fellkour Squad?

The Fellkour Squad, or FKS as they are also known are a group of fell runners, mountaineers, adventurers and thrill-seekers who live to spend time in the hill and mountains. With roots in the English Lake District and now largely based in Scotland, the core members have attracted a good following on social media with their high-energy videos and make an ideal partner for VOOM. Previous projects have included time spent cycling and running in the Alps, Andorra and various other outdoor meccas, and their shenanigans are usually caught in awesome video edits!

Some of the Best Fell Running Videos out there...

The guys love smashing a Caffeine Kick pocket rocket to power up the hills, an Electro Energy on their longer days in the mountains and love nothing more than tucking into a RecoverFudge after the day's adventures.

Some of our favourite VOOM-powered mountain running clips are included below - check it out!

Scree Running is a subject of mixed reviews as some fell runners love to throw themselves down a scree chute as the fastest way to descend, and others fear all the loose stone and apparent lack of control. Either way, scree running is one of the best ways the Fellkour lads have found to have fun in the hills, especially in summer conditions.