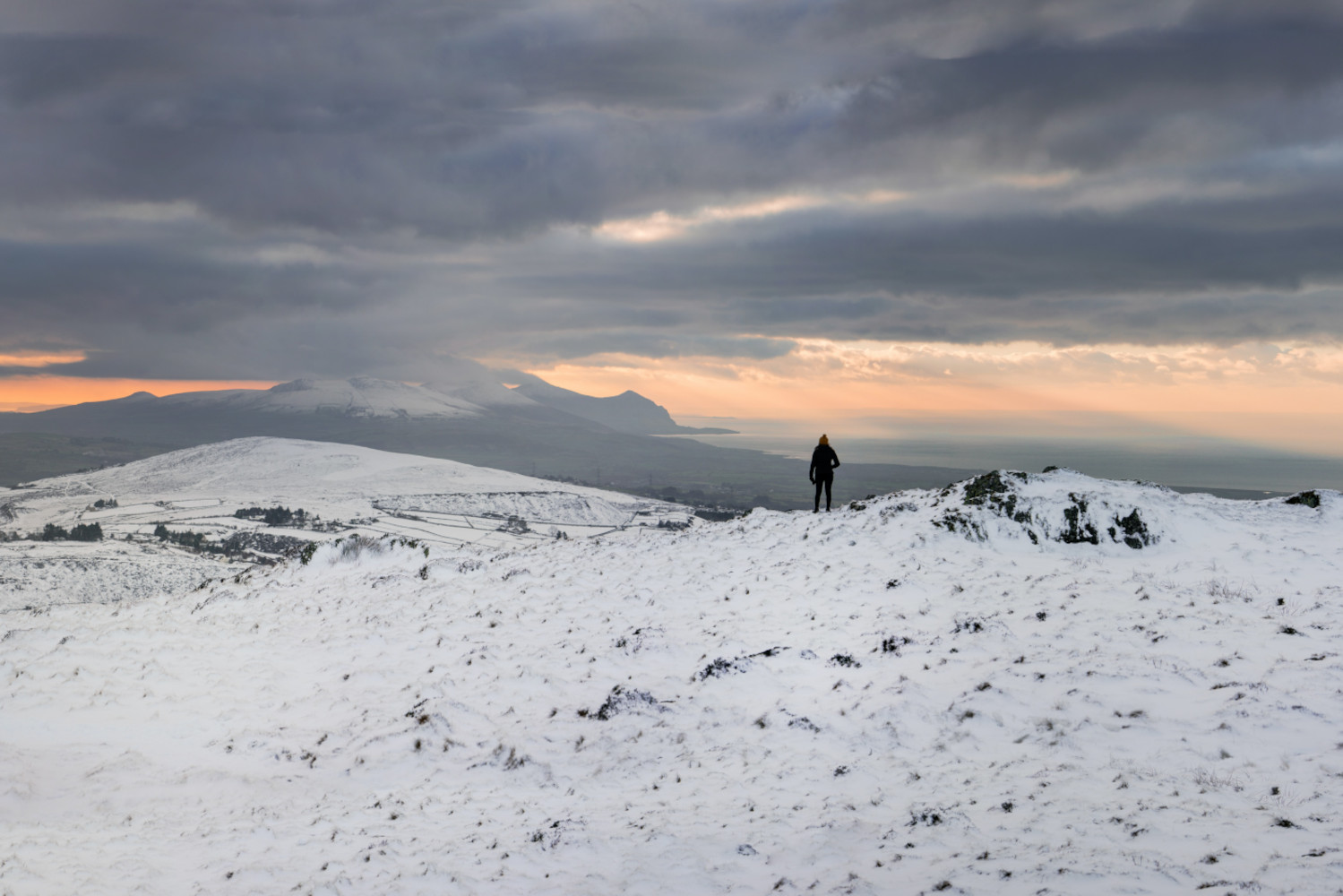 VOOM Ambassador Russell Bentley who lives in Blaenau Ffestiniog, in the heart of the Snowdonia National Park, has broken the winter Paddy Buckley record with a new time of 20:15:49 shaving 1:15 off ultra runner Damian Hall’s previous best. Hall’s winter Paddy Buckley round, the previous fastest PBR completion in winter, was completed in 21:30 in tough conditions back in January 2020. Russell, who is also supported by NoblePro, already held the solo Paddy Buckley Round record running 17:41:58 in August 2021 showing his fine mountain running pedigree. What is the Paddy Buckley Round?

The Paddy Buckley is a fell running challenge in North Wales which takes in 47 peaks over the course of an approximately 61mile (100km) circular route. Unlike the Bob Graham Round in The English Lake District, when attempting the Paddy Buckley Round a runner can choose any point along the route as their start/finish point. Traditionally the round is started from Llanberis, Capel Curig or sometimes Llyn Ogwen and covers around 28,000ft of elevation - that’s just over 8,500m of climbing amongst the Welsh mountains!

For added motivation and entertainment Russell Bentley and John Kelly, also well-respected in the ultra running community, both attempted the route on the same day, setting off at the same time but in opposite directions. Both record attempts started at 7am on Sunday 19th December and both runners took on the round solo and unsupported, carrying all their own kit and supplies throughout. For context, the previous Damian Hall record for the winter round was also solo and unsupported. The fact that John Kelly, a serious ultra runner and past winner of notorious winter event, The Spine Race, was forced to retire from the challenge shows just how hard the Paddy Buckley in winter is. Russell’s round was done in an anticlockwise direction starting and finishing in Capel Curig.

Upon completing the run and breaking the record Russell said…

"When I finally finished, it was 3.15am, freezing cold and black. But my dad, my wife and kids were all there. I was really surprised to see them, the kids especially, they had to go to school in a few hours! After not having talked to anyone all day, I was expecting to feel emotional and elated, instead I just felt tired and very, very relieved.

My whole body shut down when it knew the task was finally over, I was aching and shivering. It wasn't until the next day when the pain subsided a bit that I could enjoy what I had done. Now it feels brilliant, especially to have it done before Christmas so I can relax in front of the telly, far from the snowy mountains!"

Hardest part of the Paddy Buckley Round Some moments of the adventure were captured on film by Cwmni Da. With the amazing winter weather conditions that were faced there’s definitely potential for a short Paddy Buckley film in the future. The Welsh mountain running scene offers some fantastic views as well as the tough conditions in winter so it makes for a spectacular fell running video.

Fueling Fell Running Such As A Paddy Buckley Round

Taking on one of the best mountain running routes in Wales certainly requires energy, but being self supported meant Russell had to aim to minimise excess weight. He could collect water from natural sources on the route but when carrying his own fuel VOOM Pocket Rockets with twice the energy of a gel made for efficient nutritional products.

Having joined Team VOOM earlier this year Russell has trained on the Welsh Mountain routes with the VOOM products and put them to good effect during the challenge.

After the event Russell said:

"The Voom pocket rockets are perfect for me. I really like the way they are chewy and edible, much nicer than sickly and gooey gels. They are also a lot better for logistics. 20hrs running means 20 pocket rockets, simples, rather than having to pack 2 or 3 gels for every hour. The pocket rockets break off into 4 sections, so you can just hold the bar in your hand and break off a piece when you feel like it, rather than have to gulp the whole thing down in one. Also, with gels, no matter how hard I try, I always end up with sticky, nasty gel everywhere, all over my hands and kit. Everything feels horrible and smells bad. The Voom bars are just so simple and clean to use."

What is the Paddy Buckley Route?

The route takes in some of the best fell running areas in Wales, certainly North Wales, with highlights including Snowdon, Tryfan and the slightly less known Moel Siabod above the National Outdoor Centre at Plas-y-Brenin. The 47 summits to be visited are in the main areas of Snowdon, the Glyders, Carneddau, Moelwyns, and Hebog/Nantlle linked up with some of the best trails in North Wales. The route is generally regarded as a tougher, gnarlier challenge that the English Bob Graham, largely due to the ruggedness and underfoot conditions on many sections. Around Snowdon trails are more well trodden but in the less popular areas of the route navigation skills are required, and Russell’s extensive experience of mountain running in Wales certainly helped him.

How long is the PBR?

Probably the most well-known and arguably the best ultra running route in Snowdonia, the Paddy Buckley Round is 61 miles or around 100km in distance, with a staggering 28,000ft of elevation to scale the 47 summits on the round. Most contenders aim to complete the route in under 24 hours although its not an official stipulation of rule of the Paddy Buckley round. Previously, in achieving the overall Paddy Buckley record Kim Collison started from Llanberis and ran a time of 16:20:40, although he was supported and had more favorable summer conditions. How many summits on the Paddy Buckley Round?

On the Paddy Buckley 47 summits is slightly more than the other ‘big rounds’, compared to 42 on the Bob Graham and only 24 on the Ramsey Round in Scotland. However, it’s not necessarily how many summits on the Paddy Buckley that make it so challenging, but the terrain underfoot. Many fell runners also mention the difficulty in navigating the route in bad weather, darkness or with general fatigue over such an endurance challenge and a winter PBR usually offers all three of these challenges!